This one I have found on ebay Germany. It caught my interest because some years ago I was always looking for a nice Arrow III, but couldn’t find one. The benign flight characteristics of my old Warrior in a very well equipped IFR airplane with 200 hp and retractable gear – great! 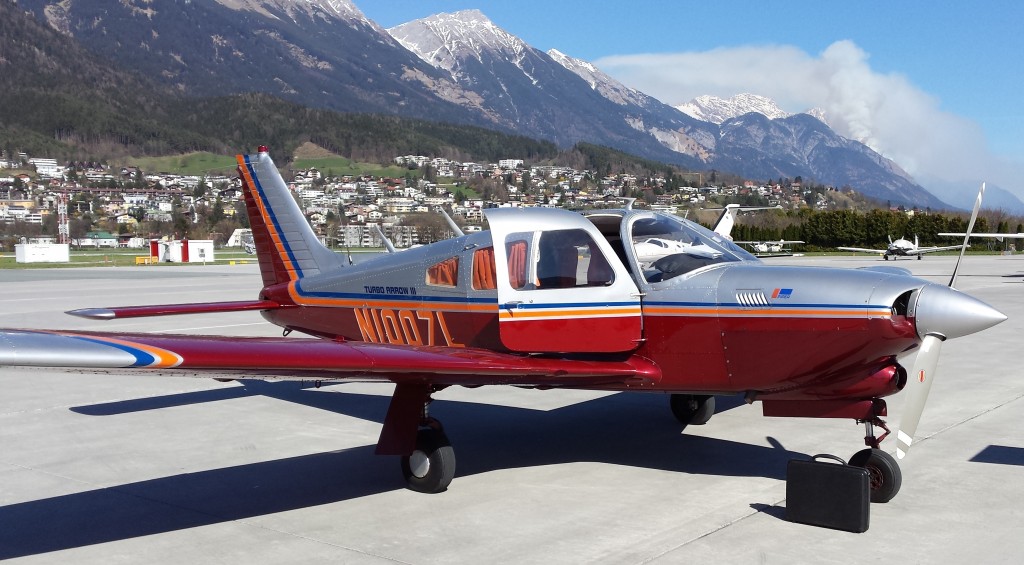 For sale in Germany, this beautiful 1977 Piper Turbo Arrow III. Almost no airplanes in this class are produced today

It is beeing sold by a nice gentleman in north-east Germany who agreed that I put it on my site. His eMail is [at][dot] . Before you ask, no i do not know the seller in person, and I have only exchaged some eMails with him.

The price: € 95.000. What do I think of that? Well, it’s NOT a cheap Turbo Arrow (you can find Turbo Arrow IV’s for € 40K or even less) – but I think it’s worth that much to somebody who wants a nice, fast and well equipped single engine airplane – or a complex trainer. Of course you can find one for €40K. With a run-out engine and typcial 70’s avionics. But you would spend more than 100.000 Euro to bring it to this level.

How could it be improved even further?

If I bought it and intended to fly it for a couple of years I would think about installing an Aspen glass cockpit and a second Garmin IFR GPS/COM. Another useful improvement and even more important for a high flying and fast turbo piston single would be a semiportable oxygen system.

€ 95.000 is a lot of money, but if the airplane is really as good as i think it is (no engine problems, no corrosion, no former damage, no hidden problems!) then I would recommend this airplane, or even be interested myself. I have not seen a better equipped Turbo Arrow on the used market.

This Turbo Arrow III is for sale in Germany